This is the only Neo Geo fighter with tag teams, that is, you switch characters in mid fight, and if one of your characters loses all its health, the game is over. Some of the characters, like Rosa, Kim Sue II, and Hayate Sho, are really cool. Some of them, like the clown, are just creepy or weird. The stages tend to be in "urban decay" or poor environments. 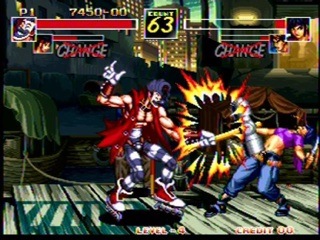 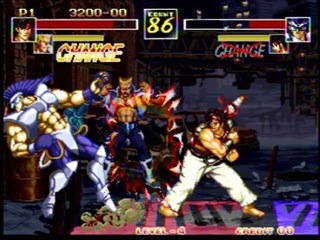 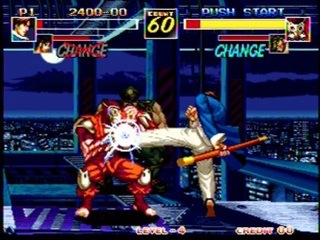 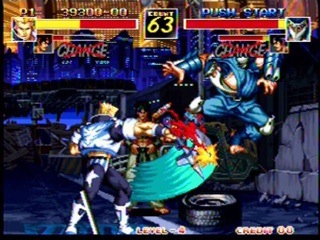